U P Publications is proud to have published two short story anthologies, helping to raise money for  Cancer Research UK and Help (Jalon, Spain) respectively, both books were 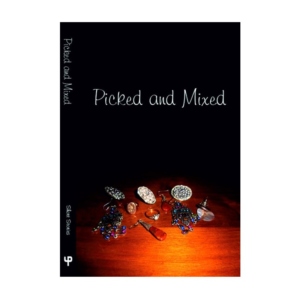 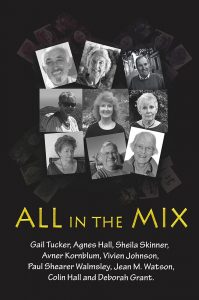 All the authors who have contributed their work to the making of the ‘Picked and Mixed’ Anthology have kindly donated their royalties from the book to Cancer Research UK.

Our thanks to everyone listed here for their support and generosity. The pages where each author’s stories appear in the book are at the end of their bio note.

Author of the Derek Series including ‘Please… Call Me Derek,’ Mac has his own website www.macblack.info. In his own words – “I think of myself as one of the few authors included in this book lacking a suntan, which is only to be expected of someone still based…Read More »

Gail has been an English teacher, shopkeeper, sometime cook and a guide at Roman ruins; now retired with her husband and his camper van, she continues to be fascinated by people, whoever and wherever they are.She invites the reader to explore beyond the narrative to share private moments with her…Read More »

Sheila settled in Spain twenty-four year ago, is married with no children. She worked latterly in London as PA to a Managing Director of sales and marketing.  She loves reading, but says she is quite picky, not the bodice ripper and chicklit variety.She writes with the Jalon Valley Writers’…Read More »

Jennifer Nesteroff-Gilmour of Scottish/ English descent, was born in 1942 in inland Queensland, Australia (where her family had a sheep property).She met her Dutch-born husband, who was on his way to study at University in London, on the ship to England. They married in London and lived there for seven…Read More »

Linda is a writer who lives in Spain.  Twelve years ago, both statements would have amazed her, and they still cause her some surprise. Being Irish, she says that if talking was an Olympic sport, she would be in the medals, her husband concurs.Like most women,  Linda has to find…Read More »

A graduate of the Royal Academy of Music and Drama, Irene was employed full-time in Secondary Education. In addition to senior school, she taught children and adults of all abilities, including physically and mentally-challenged groups. During this time she wrote mainly for school projects. As secretary of an Arts group…Read More »

Tony HendersonTony was born near London and since leaving home as a teenager has lived half his life overseas. Starting work as a reluctant accountant, he became a successful designer and implementer of computer systems.He now lives with his wife Jo in a 150-year-old finca in Jesus Pobre, a small…Read More »

In 1949, as a young army Captain, Michael was fighting in Malaya, during the Emergency. He knew and loved the jungle and, in his late sixties, he wrote the story in this collection. It is the only one he ever wrote.Successive postings took him to Hong Kong, Germany and again…Read More »

Alongside a successful painting career spanning sixty years (including Portraits of foreign royalty and HM Queen Elizabeth for the British Embassy, Qatar) Mai has been writing and contributing articles to various publications since the early fifties. Ghost-writing and supporting others became a quiet passion and apart from a publication in…Read More »

As the editor, knowing that the authors’ royalties are being donated to Cancer Research UK (with U P Publications matching that donation) I couldn’t resist adding one of my own stories to the mix. I have written, edited and contributed to various magazines and publications under a variety of names…Read More »

Miss Winifred Robins was Sue’s inspiration. Slightly eccentric, with her wild white hair and ballet pumps, Sue says her ‘ancient’ English teacher bewitched her with mythical Greek Gods and enchanting poetry and urged her to write herself.Life-events interrupted Sue’s flow for the next 40 years but she wrote when she…Read More »

In William’s working life there were two distinct phases – Royal Navy and post-Royal Navy – both roughly equal in time terms at around twenty-two years each. The stories that stick in William’s mind come from several different areas of his RN service – flying, diving and the events leading…Read More »

Andy won the 2006 International Story Writing Competition in English and subsequently appeared in the ‘Anthology of Short Stories – Torrevieja, Another Look 2006’. In fact, two of his stories were included!Andy was the winner of the Bay Radio Competition.One of his favourite pastimes has always been walking. He has…Read More »

Margaret was born in India and started writing as the bombs rained down on Calcutta, “Mainly plays, to keep us kids occupied,” she says.Later, in England, she had articles published in ‘She’, ‘Parents’, and twice in the Bristol Evening Post.When living five thousand feet up on Kilimanjaro, Margaret started writing…Read More

All in the MIx Authors

All in the Mix is an eclectic mix of short stories by 9 members of The Jalon Valley Writing Group with a shared passion for writing.

From new authors to experienced and published raconteurs, from light tales to dark, from humour to pathos, from prose to poetry, this book took several years to evolve from a stray idea into what is now a full and entertaining book.

Please Note: All Author Royalties from the sale of this book are being donated to Charities chosen by the Jalon Valley Writing Group – U P P Books will match their royalty contribution.