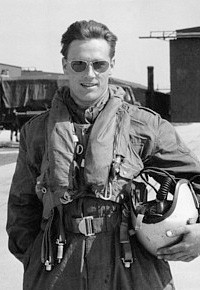 In William’s working life there were two distinct phases – Royal Navy and post-Royal Navy – both roughly equal in time terms at around twenty-two years each.
He joined the Fleet Air Arm (a branch of the Royal Navy) as an Artificer Apprentice and left as a Lieutenant A/E (Aircraft Engineer Officer). As well as working hard while in the RN he  took advantage of all sports opportunities. His hobbies included  golf; squash; competitive grass hockey; am-dram and SCUBA diving.

He also flew on every available opportunity, sometimes over long distances in small military jets, and travelled the world occasionally in large aircraft carriers. Later, he qualified as a Ship’s Diving Officer – a fact that is inextricably connected to Over By Christmas.

Throughout his time in the Fleet Air Arm he developed an urge to be an actor and/or a writer. But as he later held a Queen’s commission in the navy – a binding contract from which he could not simply walk away – his aspiration to act professionally had to be more of a desire than an option. But writing he could do anywhere – and he did: enjoying it whenever possible.  Having completed several creative writing correspondence courses (an excellent pastime while off duty at sea) he was ready to submit his first film script when he left the navy in 1971. However, he had a very practical bank manager at the time who persistently pointed out the “hit-and-miss” nature of writing and, in doing so, managed to torpedo William’s hopes to become a writer for the second part of his life.

So instead of writing he joined IBM OP Sales in London, but was head-hunted a year later by Commercial Metals Ltd. (futures metal traders on the London Metal Exchange). He joined them as the UK Sales Manager but left after 6 months (still feeling unsettled in ‘Civvy-Street’ after all the excitement of the navy). He then joined a major life assurance company in London as a salesman and progressed to Branch Manager. He spent eleven years managing branches of several life companies then  finally became an Independent Financial Adviser before semi-retiring in 2000.

Still playing hockey after leaving the navy, he played for the Wimbledon Hockey Club , he also played squash and continued to enjoy skiing holidays. He also carried on sub-aqua diving for several years and dived on the Mary Rose site when it was first discovered. He also took part in other diving expeditions in the Scilly Isles and Channel Isles. The last dive he had was with his children in Turkey, in 1999.

Along the way and at some personal expense, he spent 2 years inventing and bringing to the market a new kitchen tool that a large interested company predicted would be a winner that would make him very rich. But it wasn’t; and he’s not.

Instead, William now spends his time computer-fiddling (mostly graphics & video) and, of course, writing. He took a Guildford University Creative Writing course and wrote some articles for technical magazines and had a small collection of short stories published on line at Authors Online. 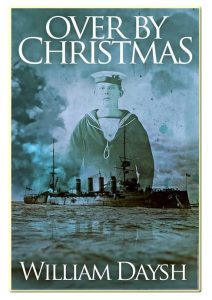